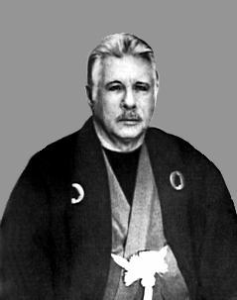 Robert A. Trias (1923-1989), known by some as “the father of Karate in America”, founded the first karate school in Arizona. He developed Shuri-ryu karate with its roots in the Okinawan tradition.

While serving in the United States Navy during World War II, Robert Trias was stationed in the Solomon Islands. There he met Tong Gee Hsing, a Chinsese missionary of Chan (Zen) Buddhism, who offered to teach Trias some martial arts in exchange for lessons in American boxing. Hsing became O’Sensei’s teacher and taught him Hsing-I, as well as some Okinawan karate, which Hsing had learned from Choki Motobu in Okinawa.

When Robert Trias left the Navy, he began teaching martial arts in his backyard in Phoenix, Arizona. Later he opened his first karate school in Phoenix. Robert Trias served as an officer of the Arizona State Highway Patrol for a number of years utilizing his self-defense knowledge.

Grandmaster Trias died in 1989 of cancer leaving the Shuri-ryu system to his daughter Dr. Roberta Trias-Kelley, inheritor and Menkyo Kaiden.